The Pegasus Mission
​The Voyages of the U.S.S. Pegasus

Listened to some eps of The Pegasus Mission' AP podcast using Modiphius Star Trek, and what a treat. Not only do the players treat the narrative with near reverence, but the production value is fantastic. Between the editing, foley work, ambient effects, and more, it really sells an immersive experience. I've been following the small crew of a runabout addressing a distress call on Xerses IV and I've immediately fallen for the characters The GM has a firm grasp on not only the system being used but also Star Trek as a whole, and listening to the players make discoveries and solve complex problems is wildly compelling. Highly recommend folks check them out.
Passive Aggressive Perception Podcast
@passive_podcast
The below podcasts are embedded from Spotify. They work best if you have an account (free or sub)

​Adventure 1
​As the crew make their way to Narendra Station to join their ship the U.S.S. Pegasus they pick up a distress call from a research station on Xerses IV and things don't go as they expected.
Adventure 2
​The crew arrive at their new home, the Shackleton Expanse, and their new ship the U.S.S. Pegasus to find that things are in a state of disarray.
Adventure 3
​The Pegasus sets forth into the Expanse on its first real mission...a call for aid from a Federation research station sends the Pegasus into the unknown.
Star Trek is one of the longest running TV series. With a setting that is expansive and covers multiple eras it has a unique place in Science Fiction and has seen comics, novels, reference books, multiple TV series and movies. One thing that sets the show apart from many others, especially the early ones, is its message of hope, of being better and exploring the galaxy. It stood out by being a hopeful show when there weren't many hopeful shows, especially when The Original Series was made.

There have been a couple of attempts to make a Star Trek Role Playing Game and many times it just didn't quite work, despite some very valiant efforts. The problem with many RPGs is they place the focus not on the role playing, but on the combat. One adventure I have says, "When things slow down throw a fight at them". With Trek it is completely different and combat is the last resort. An RPG not centered around combat is not a easy thing to do. It is asking its players to work harder and the Modiphius game is the first Trek game that I have read where I feel it really does encourage the players to try and emulate the show and all that makes it so good.

So welcome aboard as the U.S.S. Pegasus gets pulled out of the graveyard and pushed back into service. Adventure, excitement and mystery awaits you and the crew.
Check out the game at https://www.modiphius.net/
​
Star Trek is owned by CBS Studio's. 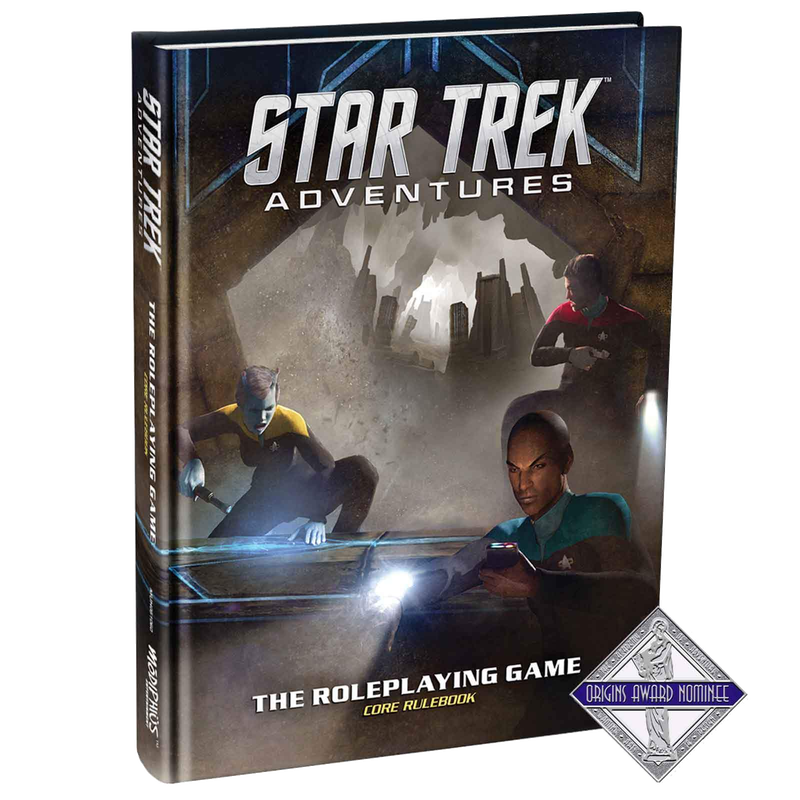